In this section, you will learn the role courts and tribunals play in applying Canada's laws.

Criminal law deals with crimes, like assault or theft. The Criminal Code is the main law setting out what amounts to a crime and how it should be dealt with. This law is the same all across Canada. The purpose of criminal law is to make sure people stay safe and secure. If someone is charged and found guilty of a crime, they face legal consequences ranging from a discharge, to a fine, to time in jail.

Civil law deals with all other legal issues, like having a contract with someone or buying property. Family law is another kind of civil law. The purpose of civil law is to make sure that we are fair in our dealings with each other. 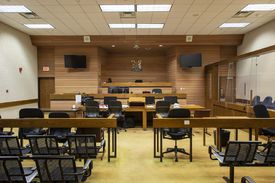 A court is a place where legal matters are decided, usually by a judge. Courts exist to provide a way to apply the laws in a fair and rational manner. Courts have a variety of functions. For example, they enforce criminal law and they resolve civil law disagreements among people.

The courts are separate from government

In Canada, the courts are separate from the government. This arrangement is often called "a separation of powers."

The courts decide how the laws that are made by the government apply to individuals in everyday situations. A key purpose of the courts is to protect the rights and freedoms of everyone in Canada.

When judges make a decision in court, they apply the law made by our elected representatives. They are also guided by what other judges have decided in previous similar cases.

In Canada, judges are free to make decisions without interference or influence from any source, including government.

It is our constitutional right to have our legal issues decided by a fair, independent decision-maker. Judges have a responsibility to listen to both sides of a case and then to make fair decisions based on the law, the facts, and the evidence before them.

If a judge felt pressure from the government — or anyone else — to decide a case in a particular way, the result would be unfair. The rights of individual citizens would not be protected. 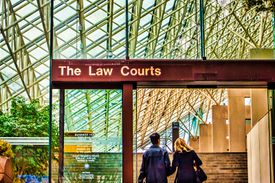 In BC there are three levels of court:

The Provincial Court is the first level of court. It deals with:

The BC Supreme Court has the power to decide most legal cases. It hears:

Court of Appeal for British Columbia

The federal court system is separate from the provincial court system. The Federal Court of Canada deals with some types of cases that involve the rights of all Canadians, like immigration, citizenship, and income taxes.

There is no appeal from a decision made by the Supreme Court of Canada.

Tribunals are like courts but are less formal. They hear specific types of disputes. An example is the Employment Standards Tribunal, which hears complaints workers in BC bring against their employers.

Tribunals are typically faster and cheaper than courts as a way to resolve disagreements. Similar to a court, at a tribunal each side has a chance to present its case, and an independent decision-maker makes a decision. The decision-maker is someone with specialized knowledge. They may be an expert in a specific area of law.

Here are more examples of issues where you can use a tribunal to resolve your dispute: