Credit insurance is a type of insurance policy purchased by a borrower that pays off one or more existing debts in the event of a death or disability. 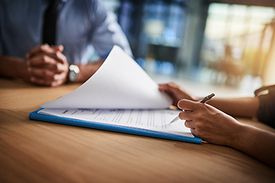 The principles of insurance law are beyond the scope of this publication. However, there are a few instances where advocates may encounter insurance issues related to consumer transactions, particularly insurance for consumer loans or mortgages.

The first instance is when a consumer asks for advice about an offer for insurance as part of a credit transaction. For example, a consumer may be offered life and disability insurance when they take out a mortgage. The insurance coverage will usually be for an amount up to the value of the amount borrowed, and is designed to provide extra assurance that the obligation will be paid in the event of the borrower’s inability to pay.

While credit insurance may be a prudent thing to have, consumers should be careful to compare the rates and coverage offered through the creditor. The premiums that the consumer is asked to pay by a creditor are often higher than the premiums they could get from the consumer’s existing insurer, or from a new insurer who is not associated with the credit transaction. The consumer may find a better premium elsewhere for the same coverage, or better coverage for the same premium.

The second instance is when the consumer is attempting to make a claim on the credit insurance, and the insurer is resisting payment. While claims on insurance policies involving the death of an insured person are usually straightforward once proof of the death has been shown, claims on insurance policies because of alleged disabilities or, for example, unemployment, may be more problematic. Often, the terms of the contract are written relatively restrictively. If advocates encounter such a problem, it will probably be necessary to involve a lawyer.

See the other sections on borrowing money: