Foreign workers, who may enter Canada legally or illegally, are subjected to forced labour in agriculture, construction, processing plants, the hospitality sector or as domestic servants. The exact number of people trafficked in Canada is difficult to determine because trafficked persons are often reluctant to come forward. Some of the reasons a trafficked person may be reluctant to ask for help include: 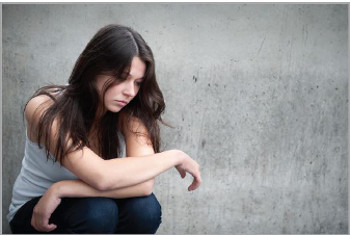 Anyone can be trafficked. Traffickers prey upon people who are vulnerable. There are many factors that contribute to world wide vulnerability, including:

Why does human trafficking happen?[edit]

Anti-trafficking advocates argue that human trafficking exists because there is a demand for cheap goods, cheap labour, and the provision of sexual services. "Push factors" include poverty, gender inequality, lack of opportunity and education, political unrest, and unemployment. "Pull factors" include globalization of the economy, the demand for cheap goods and services, and new communications technologies.

Trafficking in human beings is not new. Slavery, servitude, forced labour and other similar practices have existed for thousands of years. In the last two decades however, changing conditions around the world have led to a global increase in human trafficking, mainly of women and girls.

Perpetrators of trafficking can take many forms. They may operate independently, with a small network, or be part of a large transnational organized crime network moving people over long distances.

They may be a professional or an amateur. A trafficker may be a stranger, a friend, a family member, a labour contractor, a diplomat, a career criminal, or a business executive.

In some countries, employment and talent agencies claim to provide training and help for people looking for legitimate work in another country. In actual fact, they are recruited for the purpose of exploitation. Government and law enforcement officials are sometimes involved in trafficking.

Human trafficking is a gross violation of human rights, such as the right to life, liberty, and security of the person, and the right to freedom from slavery and degrading treatment. Traffickers treat trafficked persons like commodities, infringing on their basic rights to make their own decisions, to move freely, and to work where and for whom they choose.

In law, the interpretation of something, like a document or a set of circumstances, so as to give it meaning. For example, if a separation agreement stated that one guardian "will have the children on Monday, Tuesday, and Friday" but didn’t say anything about the other guardian, the agreement would be constructed to mean that the other guardian would have the children on the days that weren't mentioned.

A sum of money or an obligation owed by one person to another. A "debtor" is a person responsible for paying a debt; a "creditor" is the person to whom the debt is owed.

Something which can be owned. See "chattels" and "real property."

(1) Agreement, or (2) the giving of permission for a thing to happen or not happen.

To determine the proper value or worth of something. A lawyer's bill may be assessed by a registrar to determine the actual amount the client should pay. See "appraisal."

The use of force or intimidation, whether emotional or physical, to compel another person to do something; interference with another person's freedom of choice to obtain an outcome, action, or behaviour.

In law, in British Columbia a person under the age of 19.

(1) The assertion of a legal right to an order or to a thing; (2) the remedy or relief sought by a party to a court proceeding.