Other Consent Issues in Residential Care

There are many other complex areas of a person’s life where consent issues may arise when living in residential care. Several of these areas are discussed more generally in the Chapter 4 Legal Issues When Living in Residential Care. However, one area of consent raises special considerations; this relates to intimacy, specifically to consent for sexual relations. To a large extent, the literature on sex and people residing in care facilities has focussed on the harmful aspects, such as unwanted contact, “sexual aggression” (1) and “sexual abuse”.(2) However, there have been efforts over the years to separate out harmful expressions from desired and perceived beneficial ones. (3)

The issue of intimacy and sex comes up in many different ways in residential care. This includes having a private place to be intimate; expressions of intimacy between residents who may or may not be partners; people with different “levels” of capacity; whether a husband has a “right” to continue to have sexual relations with his wife who has dementia; and whether a woman with dementia who erroneously believes this person is her spouse is “consenting”. These are sometimes characterized as consent issues, as privacy and quality of life issues, and other times as risk management matters.

British Columbia legislation does not refer to consent for sexual activity and there is no test to determine whether a person is able to consent to sexual activity. It has been suggested that if a test were to exist it would likely be similar to the common law test of capability of consenting to any activity (most often to health care). That test is whether or not the person has the capacity to understand the “nature and consequences” of their decision, similar to the criminal law test of capability to give consent to sexual activity. (4)

Since there is no legislated or common law test with regards to sexual consent capability, it follows that there is no law that expressly provides for substitute decision-making in this area. (5)

At present, substitute decision-making in this area does occur in residential care. However it more often involves family saying “no to sex” or “no” to other forms of intimacy based on their personal views about sex or other intimacy outside of marriage or intimacy generally “at our mother’s age”. In other instances, it is based on their interpretation of the parent’s earlier life actions and values as a person without dementia. Family may expect staff to actively monitor and stop or redirect any relationships. The parties may be separated to different floors or even moved to a different facility.

It has been suggested that using a high threshold of understanding the “nature and consequences” of their decision, for all types of intimacy in residential care would effectively shut out these types of personal relations and decisions. Instead, it is important to look at the particular type of activity, and whether there appear to be harmful effects for this individual. The area is further complicated by the fact that the Residential Care Regulations states “consenting sexual activity’ between residents is not considered “sexual abuse “, but does not indicate who can “consent” or what consent looks like in this context.

Section 271 of the Criminal Code of Canada defines “Sexual assault”. A person may be convicted if it can be proven that the other person had not given consent. Section 273.1 of the Code makes clear that reliance on the fact that the other person is not objecting is insufficient to avoid being charged and convicted if it is determined that “the complainant [was] incapable of consenting to the activity”. According to section 273.2 the person must take “reasonable steps…to ascertain that the complainant was consenting.”(6)

The courts have repeatedly stated that whether or not a complainant had sexual consent capability depends on the facts of each situation. In R. v. R. (R.), 2001 CANLII 3091, the Ontario Court of Appeal, specifically noted “...where one of the participants has demonstrable mental limitations, the threshold of responsibility escalates exponentially.” (7)Unfortunately this does not help our understanding very much where both persons in residential care facilities have “demonstrable mental limitations”.

What Constitutes Consent in the Context of Intimacy and Sex?[edit] 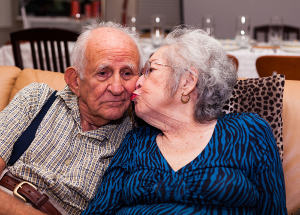 In R. v. J.A. (8), the Supreme Court of Canada considered whether the Criminal Code of Canada (9) framed consent as requiring a conscious, operating mind throughout sexual activity and whether a person who subsequently did not have an operational mind at the point of sex, could consent in advance.

The court decided the Criminal Code makes it clear that an individual must be conscious throughout the sexual activity in order to provide the consent. Consent to sex in the case was described in the context of ensuring that women and men are not the victims of sexual exploitation and to ensure that individuals engaging in sexual activity are capable of asking their partners to stop at any point.

The Court emphasized that jurisprudence has consistently interpreted consent as requiring a conscious, operating mind, capable of granting, revoking or withholding consent to each and every sexual act. The jurisprudence also establishes that there is no substitute for the complainant’s actual consent to the sexual activity at the time it occurred. It is not sufficient for the accused to have believed the complainant was consenting: he must also take reasonable steps to ascertain consent, and must believe that the complainant communicated her consent to engage in the sexual activity in question.

Communication can be strengthened by giving explanations in ways best understood by the resident and by using a combination of strategies. These might include:

A term under the Family Law Act that describes the visitation rights of a person who is not a guardian with a child. Contact may be provided by court order or by an agreement among the child's guardians with parental responsibility for making decisions about contact. See "guardian" and "parental responsibilities."

Under the Divorce Act, either of two people who are married to one another, whether of the same or opposite genders. Under the Family Law Act, spouse includes married spouses, unmarried parties who have lived together in a marriage-like relationship for at least two years, and, for all purposes of the act other than the division of property or debt, unmarried parties who have lived together for less than two years and have had a child together. See "marriage" and "marriage-like relationship."

An act; a statute; a written law made by a government. See "regulations."

(1) The legal principle under which courts are bound to follow the principles established by previous courts in similar cases dealing with similar facts, or (2) the system of justice used in non-criminal cases in all provinces and territories except Quebec.

(1) Intentionally doing a thing, or (2) a law passed by a government, also called "legislation" or a "statute." See "regulations."

In family law, the natural or adoptive father or mother of a child; may also include stepparents, depending on the circumstances and the applicable legislation; may include the donors of eggs or sperm and surrogate mothers, depending on the circumstances and the terms of any assisted reproduction agreement. See "adoptive parent," "assisted reproduction," "natural parent" and "stepparent."

(1) Agreement, or (2) the giving of permission for a thing to happen or not happen.

The highest level of court in the province, having the jurisdiction to review decisions of the Supreme Court, all provincial lower courts, and certain tribunals. See "appeal."

The highest level of court in Canada. This court hears appeals from the decisions of the Federal Court of Appeal and the provincial courts of appeal, including the Court of Appeal for British Columbia. There is no court to appeal to beyond this court. See "Court of Appeal" and "Supreme Court."

In family law, this usually refers to one party obtaining a part of any property at issue before the property has been finally divided by court order or the parties' agreement, usually in order to help pay for that person's legal fees.

A mandatory direction of the court that is binding and enforceable upon the parties to a court proceeding. An "interim order" is a temporary order made following the hearing of an interim application. A "final order" is a permanent order, made following the trial of the court proceeding or the parties' settlement, following which the only recourse open to a dissatisfied party is to appeal. Failing to abide by the terms of an order may constitute contempt of court. See "appeal," "consent order," "contempt of court," "decision" and "declaration."